Frank the monkey was scavenging the trees for bananas. He saw a banana up in a tree but the tree was too smooth so he couldn’t get a foothold. As I said in the last story, he could fly, but today he left his wings at home. As he scampered around trying to find bananas that had fallen on the ground, Tim the Tiger sprung out from behind a tree and pounced on Frank. Frank had had enough. He kicked Tim’s face and breathed his banana breath on Tim. Tim had been troubling Frank ever since Frank was learning how to fly. By now, Frank knew Tim’s weakness, which was his banana breath. But he knew Tim would get over it soon, so he had to do something.

After thinking and sleeping on it, he realized that every time he got pounced on was when he was looking for food. Frank decided he should change his diet, where Tim couldn’t get to him. He always wanted to try shellfish anyway.

Frank met up with his old friend Sam the Seagull. He knew he should learn how to float before learning how to swim.

“How do you float, Sam?” Frank asked.

“You have to breath in air to inflate your lungs, and become zen.” Replied Sam, in a high pitched voice.

Frank tried, but he couldn’t do it. When monkeys get wet,their fur weighs them down and they sink. Splash, splish, blub blub blub. It was no use. After a few tries, sounded similar to his first try, he went to the old pond to try and float there, where the water wasn’t as deep.  Dan the Duck was hanging out in the cool water of the pond, so Frank took his opportunity to learn how to float.

“How do you float?” Frank asked Dan

“Easy! You just hop in the water, kick your legs, and let the water take control!”

Frank had two different ways to float now. He combined the two and hopped in. Surprisingly, it worked! He was kicking hard enough and had enough air in his lungs that he didn’t drown as quickly as usual.

…Fred the crocodile was notorious for sneaking up on unsuspecting swimmers. He had caught Frank and pulled him down to the bottom in a matter of seconds. Frank thrashed and thrashed, but Fred was stronger. Then, Tim the tiger ran up to the pond and jumped in, swimming quickly towards Frank. He bit Frank and then let Frank hang from his mouth. This looked like the end for our poor Frank, his legs in the sharp teeth of an alligator, his arms and chest being bit by his archnemesis. It would have been the end, had not Bob the fish swam out of the murky shadows and bit Fred. Now there was only Tim to deal with. Tim thought it would be easier to finish off Frank on land, so he carried him up to the shore and dropped him down, putting his paw on Franks chest. Frank yelped after another nip from Tim, but he still fought to become free. Frank squirmed out of the pin and scampered away before Tim could catch up. Luckily, he got away with nothing other than a battle scar and a couple of bruises.

Now that Frank could somewhat float, all he had to do was learn how to swim. He met up with Bob the fish for help.

“Teach me how to swim, Bob.” Frank said

“All you have to do is hold your breath and stroke. You might need a swimsuit, though, to keep your fur dry so it doesn’t way you down.” Bob the Tuna replied. His voice was deep and he relied on his voice for guidance, because the water could get so full of algae that his eyes would be often covered.

That’s brilliant! Frank thought. He used the only material he had: banana peels. After all, he could fly with them, so why wouldn’t it work to swim with them? He started tying the peels together.

Over a couple days, the suit took form. It was finally useable. He put it on and went into the ocean. Frank followed Bob’s instruction. Hold your breath and stroke. It worked! He swam around and felt free. He accidentally didn’t leave open a space for his eyes though, and so he slammed into the ocean floor, and he felt something hard. He went up to the surface and poked eyeholes. Then he hopped back in and found what he had hit. It was the thing that he went through all the trouble of getting there for. Shellfish! Frank ate one. It tasted great! But then Tim and Fred showed up. Fred swam through a small stream that connected to the ocean, and Tim sat on the shore, waiting for the perfect moment. As Tim slunk towards Frank, Fred made the first move. He made a quick movement and snapped his jaws at Frank. Frank narrowly swam away. Then he swam up to the surface, not realizing Tim was there. Right before Tim pounced on Frank, Frank showed him the shellfish in his hand.

“Wait! You have to try this shellfish! It’s great!”

Tim and Fred paused and looked at each other. Tim hesitantly reached his paw for the food, but Fred instantly snapped his jaws at the shiny shell.

And Frank was right. It was great. In fact, so great that Tim and Fred hugged Frank.

“This is the best food I ever had!” Exclaimed Tim.

Frank realized the only reason Tim and Fred tried to eat Frank was because they needed food. Now that Frank could swim, he could get them all food. No one ever tried to eat Frank again. He swam all day every day, eating shellfish, and every once in a while, crab.

And that is the story of Frank, the Swimming Monkey. 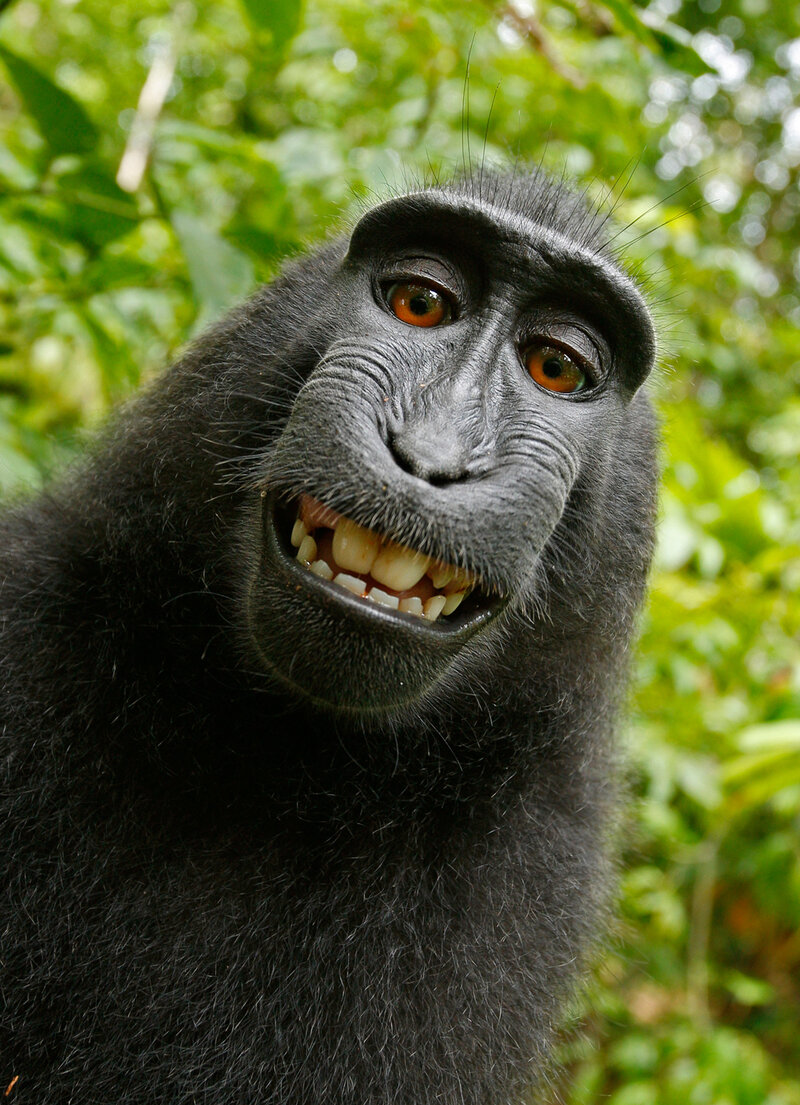